Understanding the Different Types of Film

Millions of people around the world shot home video and amateur movies using 8mm film stock during the 20th century, and many professional and amateur cinematographers continue to use 8mm film to this day. For the home movie and amateur crowd, digital video long ago replaced film as the preferred medium for capturing weddings and family milestones. Many families are now using 8mm to DVD transfer services to move their old home movies to a more robust and adaptable storage format 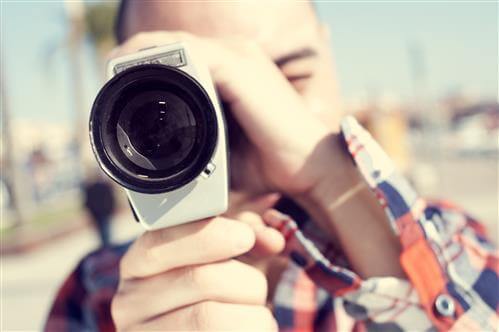 There are a lot of home movies out there to transfer. In its heyday, the home movie and film industry sold millions of cameras to Americans. To understand a little about converting 8mm film to DVD, learning more about the different types of film stock used in the past to record birthdays, family reunions, and other important moments is helpful.

Regular 8 mm film is the progenitor of most modern film stock. It was developed by Eastman Kodak in the 1930s and served as a less expensive replacement for the previous preferred stock, 16 mm film. Regular 8 was sold in spools containing 16 mm film. However, the film had twice as many perforations on its edges and traditional 16 mm film stock. The film passed through cameras twice. On the first pass, the film was exposed along half its width; on the second, the film is flipped and exposed on the other side. When the film is developed, the processor cut it in half, thus resulting in two lengths of 8mm film. 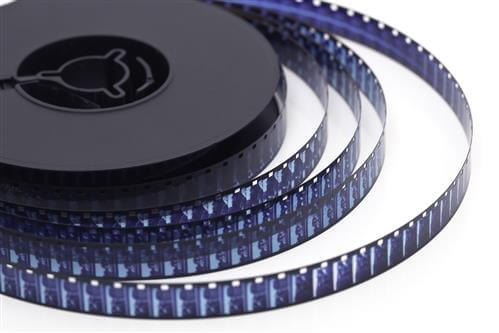 Regular 8 was largely discontinued in the 1990s, but some film is still manufactured in the Czech Republic.

Super 8 Film is probably the film stock recognized by the most people. Super 8 film was introduced in the mid-60s and greatly helped to invigorate the home movie market. Super 8 film was cheaper and easier to use than Regular 8 and made home movie making accessible to a generation of Americans. Packaged in plastic cartridges, Super 8 film was easy to load into cameras and had fewer issues with jamming than older formats.

Eastman Kodak had a great deal of success with Super 8 film, and it and other companies later produced many variations of the popular film format.

Color reversal film is a form of film that makes a positive image on a transparent base. This film type produces transparencies or dispositives, as opposed to the negatives and prints produced by other film types. Color reversal film is commonly used in photography, but also has been used in motion picture film, with Super 8 Color Reversal Film being a prime example.

Color reversal film was a cost saving measure at the time it was introduced, as it eliminated the need for using negative film, which necessitates the use of additional film and processing to create a finished product. Thanks to the lower expense and easier processing, Super 8 Color Reversal Film was the film stock of choice for many beginning film enthusiasts in its heyday.

Super 8 Color Negative Film was an innovation in Super 8 film. This form of film was color-reversed, with red areas appearing blue, green areas appearing magenta, etc. This film format typically had less contrast but greater dynamic range than positive images. Once processed, this film type typically has greater contrast. The dynamic range of this film format was its key selling point.

Some consumers may have decided to eschew Super 8 film for higher quality film, investing in 35mm film and cameras. 35 mm film has historically been the film stock of choice for high-end commercials, and television and movies. Even after the digital revolution, many filmmakers continue to use 35mm film. In fact, the film is enjoying something as a renaissance, as many directors are ditching digital cinematography for traditional film. 35 mm film stock has a number of advantages, including resolution, depth of field, and angle views.

Some home movies may have been shot on 16 mm film. This film stock is more economical than 35 mm film and was used for many educational or lower budget entertainment films in the mid-20th century. Super 16mm film was quite popular in the 1970s. This variant of 16mm film was developed by a Swedish cinematographer and uses single sprocket film. It’s more economical in terms of camera space, and provides an expanded picture area and wider aspect ratio than standard 16 mm film. 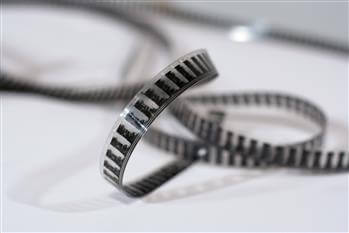 Just like 35 mm film, 16 mm is enjoying something of a renaissance as technology has evolved to make this film format competitive to digital formats with regard to picture quality. A number of television dramas, including “The Walking Dead” and “Friday Night Lights” are shot on 16 mm film.

If you think you have either Regular 8 or Super 8 films, look at the holes in the perforations. Regular 8mm holes are larger and almost square, while Super 8mm holes are elongated. When converting home movies to a digital format, it’s important for you and the processing company you’re working with to identify the film stock on which your footage was shot. Different film stock may require differing methods of processing for a successful transition from film to digital.

Identifying the other types of film may take more professional expertise. A local film shop can help, or you can search Internet images to find film that matches yours. 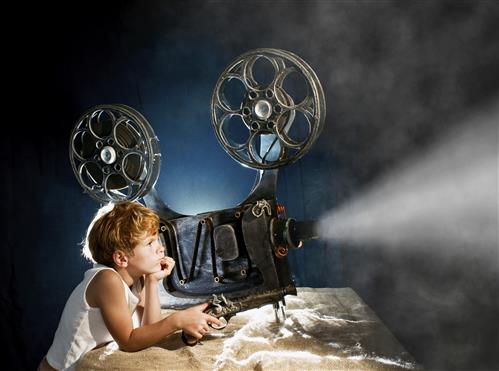 Why Switch to Digital

Switching your home movies to a digital format will help you preserve them. Film will age over time and can be easily damaged. DVDs and electronic storage options are more robust, and will help you preserve these important milestones in your family history for posterity. DVDs and digital films are also easy to duplicate, allowing you to create many copies of your family movies to share with loved ones.  Cloud storage adds to the security and convenience of access to your favorite films. 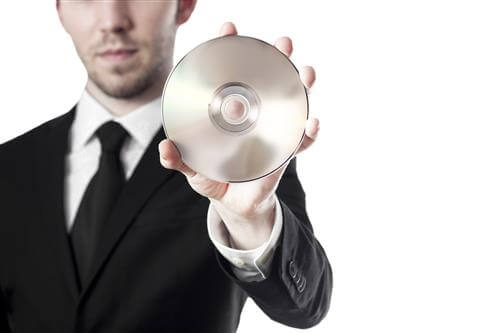 Just8mm.com’s proprietary transfer process creates transfers that will not lose picture quality. In fact, the process sometimes improves the picture quality of client films, as Just8mm experts can brighten darkened areas of film and enhance the picture. The process is fast – Just8mm.com’s turnaround time is typically six business days from the time it receives an order until it ships the completed product back.